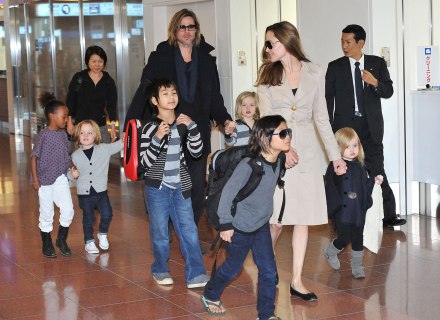 Sometimes the strangest events stick in one’s memory. One such moment is the one when I fell in love with Brad Pitt. The one and only Miss Oprah Winfrey interviewed him on her show and asked him,
“What is your favourite age or time in your life?”
“Right now” said he.
(Ref : https://www.youtube.com/watch?v=a1lfPp-ZgDg)

Mrs Smith files for divorce.
6 children, the true victims.
Being born into show biz is risky enough.
A custody battle on top!

Children brought up by single parents and in step families are three times more likely to suffer from mental health problems according to the Millenium Cohort Study, one of the largest longitudinal studies carried out on more than 10,000 kids in the UK. It collected and analysed information on various aspects of lives of children such as schooling, housing, parental marital status, employment and education.

It found that those brought up by both natural parents are far less likely to suffer severe emotional and behavioural problems. Experts said the findings added to “a mountain of evidence” about the damage caused to kids by the stress of family breakdowns.