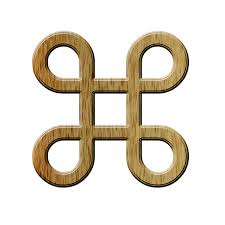 In the background stands a majestic Palladian structure in brick red. It’s nearly 400 years old. The artistic roof displays beautiful finials, turrets and cupolas. It’s easy to imagine the large atria and sweeping staircases on the inside. It appears as if this building emerges from an expansive lush green sea.

The cricket nets are placed to the right of this building. Many hours have been spent here, laughing, picnicking, practising, talking, spectating and playing. Multiple recordings of his bowling action have been made here, each scrutinised to the nth degree by him. Each one distinct to his discerning eyes but all identical, to my lay ones.

In the fore-ground sits a TV screen with ‘Friends’ playing. He likes Rachel. I think she plays the role of who she is in real life. Not much acting ability required for that. He doesn’t understand that. He thinks I don’t like her. I like Phoebe. We both love ‘Smelly cat’. He watches it when he is down. I see why. However feeble, it always brings a smile to his face as it does to mine now. However predictable, it doesn’t fail to amuse, to lighten the heart. The impression of a head is clearly formed on the red velvet cushion resting at the corner of a black leather sofa.

At centre-stage, a pink and silver drum-kit sits atop a hand woven black and white Moroccan rug.  2 goblet drums wait in the wings – a Djembe and a Darbuka. A set of initialled drum-sticks read ‘SN’. Big round black bags lean against the wall. They weigh half a tonne. They encase special cymbals – presently silent but given half a chance, fully capable to raising the roof of not just our house but also that of the neighbours.

A fake snake coils on the study table with its tail realistically hanging off the edge. It has been used successfully to blow the living day-lights out of people of all ages, shapes and forms, on many occasions. It took me 2 years to immunise myself against it.

An unwieldy ragged cricket bag with wheels at one end lazes against the wall. One entire shelf in the cup-board is dedicated to cricket gloves, balls and other paraphernalia.

The sun streams in from 2 big sky-lights and the space is lit like a sanctuary. A silver Apple Mac laptop lies gaping on the study table with funny cat-videos playing. It’s connected to the dome of Harman Kardon speakers which hide under the table.  An assortment of coins, head-phones and keys splash across the dark wood table top. A few coffee mugs are scattered around the room with various shades and degrees of dry brown coffee lining the insides.

Behind the door is an overflowing willow laundry basket. A pair of union-jack boxer shorts shine through. The space smells of an unkempt temple with a male caretaker –  hints of incense, musk and testosterone. From the door hook hangs a towelled maroon dressing gown.

All the props are here, tell-tale signs of a life. Where’s the main man? At a subtle level, his absence is only physical. His essence is present.

It’s in all the props, in the air around them, in the luminosity of the room, in everyone he touched, made jokes with, played music with, was kind to and loved. In the glow in my eyes, the light in my heart. In me.

His essence is here. I only need to close my eyes. This must be immortality.

(Ref: A fully referenced, peer reviewed article published in an educational, medical  journal for GPs; a case study of a young man called SN to demonstrate the importance of Suicide prevention training and the role of human factors in patient safety: http://journals.sagepub.com/doi/full/10.1177/1755738017724183.)