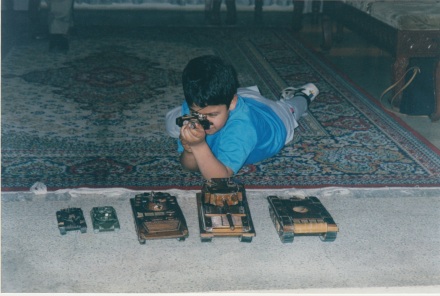 Wonder what Saagar would have made of Brexit. He would have wanted easy access to France. He was a die-hard Francophile. He loved the intricacies of French language, food and wine, girls… He wanted to work there at some stage, to practice his French.

Trump would have been extremely amusing and concerning for him. I think he would have had fun making a cartoon character of him and imitating his mannerisms and speech. He used to mimic Bush Junior a lot, to our great amusement.

He would have had some strong and interesting opinions about gender  identity politics and ‘safe spaces’ in Universities, which mean different things to different people. I was told that in his first year at University he volunteered as a student counsellor for LGBT students but in the second year he withdrew from that role. Did he not feel well enough within himself? Was that an indication that he knew something wasn’t the same?

Burning Middle-East, migrating populations, global tensions, towering infernos and erratic climatic phenomena – I wonder what he would have thought of all these things.

The passage of time is dragging me away from the point when he was alive. I grieve the widening gap between then and now. That time is receding further and further away like a very low tide. Physically, the current keeps flowing in one direction – away. Mentally, it dances, twirls and circles, touching many points over the past 24 years and gathering up as many gems as possible, folding them neatly and putting them away safely, to be revisited again and again and again… What if I forget everything? What if it goes too far away and then disappears? What if I can’t touch that time ever again?