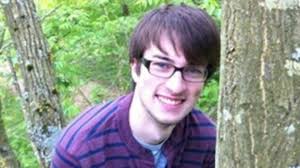 Andrew Kirkman was the same age as Saagar. He was a second year physics and philosophy student at Oxford. He ended his life in December 2013. Earlier that week he had seen the college doctor who had prescribed antidepressants for him. His parents had no knowledge of his illness.

Andrew’s mother, Wendy Kirkman has been actively campaigning for a directive that makes it possible for university doctors to inform parents of their children’s mental illness if they are at all concerned. She hopes this would save the lives of other students. “People seem to be frozen into inaction by the fear of disclosing information to the parents of students who are over 18, when they have always had the legal right and perhaps obligation to do so anyway.”

The argument against this guideline is that merely telling the parents doesn’t fix the problem. That is true. However parents can provide additional support. Close monitoring of such cases and intensive talking therapies also have a very important role. Non-disclosure by itself is not a problem but it does translate to further lack of support in a system that has long waiting lists and inadequate capacity to provide optimal care for patients in need.