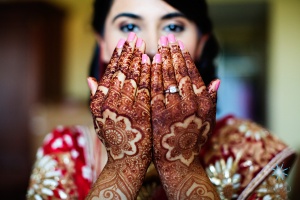 Where arranged marriages are customary, suicides grow more common. This article from the New York Times highlights the problem of young girls ending their lives in Iraq. This phenomenon is also seen in other countries such as India and Pakistan. It is not unusual for this issue to show up in these communities living outside their own countries. ‘Shame’, a book by Jasvinder Sanghera is the story of a young girl’s attempt to escape a cruel, claustrophobic world where family honour mattered more than anything – sometimes more than life itself. Jasvinder’s story is one of terrible oppression, a harrowing struggle against a punitive code of honour and finally, triumph over adversity. Luckily she is here to tell the tale. Many don’t get that far. She set up a charity called Karmanirvana to help people like herself.

Many suicides get labeled as having occurred due to sudden possession by the ‘devil’. The families are closely involved in these deaths for ‘keeping up the family honour’, hence ensuring that the kids do not marry outside of their caste or religion. Adultery, or suspected adultery, by a woman is considered a very valid reason for killing her in some communities.

When I was a junior doctor in the north of India, I looked after numerous cases of young married women being brought to the Emergency Department with severe life threatening burns, allegedly ‘accidental’. Unfortunately many of them did not survive. Those who did had long gruelling hospital stays with major deformities from the scarring. That was when the wave of ‘dowry deaths’ had started sweeping across the country. It was a shameful marriage of greed and politics which still persists.

It is beyond belief that families, especially parents can directly or indirectly cause the deaths of their children or children-in-law.

This is the world we live in.