In her entry to this year’s BMA News Writing Competition, a consultant psychiatrist relates the experience of her postpartum psychosis and explains that, although grateful for her treatment, something was missing from the care she received. 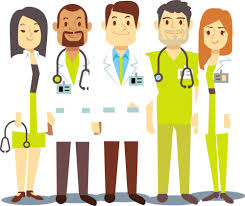 I am a consultant psychiatrist. Two years ago, I had a taste of my own medicine.

Three sleepless nights after the birth of my daughter, I became acutely ill. I slowly realised I couldn’t sleep — something strange was happening. Within six hours, I was experiencing a kaleidoscope of symptoms — elation, fear, heightened senses, delusions. I wanted to kill myself and my daughter.

Postpartum psychosis is a medical emergency and a consultant perinatal psychiatrist was at my house within the hour. I literally ran to her ward in my socks, my mum running behind, having forgotten her shoes too.

My first night was terrifying, but the staff were fantastic. As I rode an emotional rollercoaster, they reassured me, calmed me, gave me the sedation I desperately needed. Soon, I settled into a mild mania. Though at times it was very scary, I was fascinated. I noted with curiosity how my brain behaved. I felt great love for my daughter, and beneficence for my fellow man. I enjoyed all the activities the ward had to offer.

Five weeks later I was happily home. But what goes up, must come down. Gradually, I became unsettled, filled with self-doubt. I became convinced my baby was autistic. The anxiety became intense, and I considered suicide. My consultant coaxed me into hospital again. ‘It will only be two weeks,’ she promised. ‘I think you need to start lithium.’

You cannot breastfeed on lithium. One day I was connected with my baby, the next she fed from a bottle. My heart broke as my breasts filled to burst. It was a symbolic change, from wonderful to awful. She smelled wrong, artificial. I began a tiresome regimen of sterilising, preparing and cooling bottles, when all the while my baby yelled, to my great shame. As if in protest, she vomited spectacularly after every feed.

This time, the ward seemed an unfriendly place; swelteringly hot, noisy, tedious, excessively rule-bound. The other patients seemed uninteresting and depressing. My eldest son was bewildered: he wasn’t allowed on the ward. Why wasn’t mummy coming home? He became rejecting and oppositional. My heart broke some more.

I begged for leave but developed extreme insomnia and could not get well. I remember one night getting up, sitting down, and getting up again for seven hours, unable to decide whether to wake my baby for a change. A burly nurse was recruited to force me unceremoniously to move to a room near the nurses. I was told I would be sectioned if I tried to leave. An informal patient, I was allowed out for only half an hour each day.

I told my consultant I wasn’t depressed, her ward was the problem. ‘You’re depressed’ she repeated, implacably, and brought in a second-opinion doctor. I was desperate to leave as soon as I arrived, yet those two weeks became two months.

Having a mental illness is one of the most disturbing and frightening experiences one can ever have. The rug is truly pulled out from under your feet. Suddenly you are somehow lesser, rendered powerless. I was one of the lucky ones. I knew what was happening, and was more able than most to speak up for myself. I got treated very quickly. Many don’t.

My consultant was a former colleague of mine, a peer. She was kind but paternalistic, and my care became a battle of wills. She believed her plan was faultless and that her ward was entirely beneficial. She conducted her ward rounds like job interviews and treated me like an adolescent. I watched helplessly as she pathologised my normal behaviour and denied promises to get me to comply.

We were fragile mothers, but were often shamed like naughty children for not ‘doing the right thing’, sometimes berated across the ward for all to hear by opinionated nursery nurses with little sensitivity to our mental state. Mothering a screaming baby during an intense crisis of confidence was a tortuous task, yet it was rarely considered that our babies were exacerbating the problem. Scared and disturbed women were managed by intimidating rapid response teams.

I lost trust in them, I hid symptoms. One night I nearly killed myself but never told.

I now can understand how my patients feel when they say they no longer want to go back to ‘that place’. How lack of insight guides them away from reminders of restraint, coercion, scrutiny and endless questions. How it is difficult to trust people who don’t treat you as fully human.

Despite all the positives and the expertise in my care, an important element was missing. Care needs to be more than medication, therapies and keeping people safe. Now I’ve had a taste of my own medicine, I always ask: ‘What is this like for you, what do you really need to help you get well?’

2 thoughts on “Treatment versus Care”