(A sculpture by Ruth M, who lived with Bipolar Disorder, expressing her depression)

In the 1940s, mental hospitals were places of isolation and confinement, probably closer to prison than hospital. Netherne, in Surrey was seen as a progressive asylum at the forefront of waves of reform and development for nearly 50 years, till the eventual closure of the British asylums. They enthusiastically adopted physical treatments, now viewed as barbaric- insulin coma therapy, electroconvulsive therapy and lobotomy, then seen as optimistic approaches to treatment.

Edward Adamson (1911-1996) was a pioneer of British Art Therapy. He encouraged and collected the paintings, drawings and sculptures by people compelled to live in Netherne Hospital between 1946 and 1981. He describes that many people who came to his first lecture there had shaved or bandaged heads, bruised faces and black eyes, following brain surgery.

Adamson started collecting art during his early visits when a man on a locked ward gave him the first of his several drawings done on toilet paper with a charred matchstick. He later met other people on the wards who would have had no personal possessions, working with whatever materials they could find to create something for themselves.

The Adamson Collection has 6,000 of these works of an estimated 100,000 when he retired. The collection is seen as unique in the history of art therapy of the reforming psychiatry of the 1950s and 60s, collected by an artist rather than a psychiatrist, with a strong representation of works by women. Above all it is a memorial to all those who suffered in the asylums and to the human need to express.

“Edward Adamson practiced art as healing before there were ever terms or labels like ‘Art Therapist’. Being with him for anyone was therapy and yet he didn’t play at clinician, but rather served so sweetly as a supreme friend, ‘there’ for those who had none other. There were for Edward no patients. I think that is why so many lost people in his care found their way back to themselves. Adamson’s was an alchemy of the highest sort.” 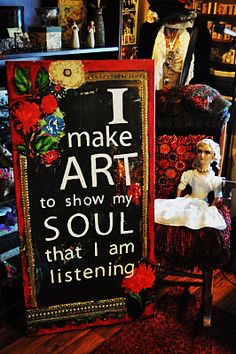